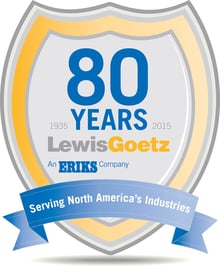 The year was 1935. The world was recovering from the Great Depression. World War II was just beyond the horizon. That May, Babe Ruth collected the final three home runs of his career at Forbes Field in the Oakland section of Pittsburgh.

Later that year and less than four miles away in Downtown Pittsburgh, Ben Gooding Sr. opened the doors to the Boston Woven Hose & Rubber Company of Pittsburgh on December 11th. The company had a staff of three.

From those humble beginnings 80 years ago, the company has grown to 90-plus locations that offer a complete line of industrial products and services including: industrial hose, hydraulic hose, gaskets and sealing products, and conveyor belts and accessories. In 2014, the company now known as Lewis-Goetz, posted sales of $435 million. It now serves a diverse array of industries including mining, steel, refineries, chemical manufacturers and power generation.

The transformation took several decades. Gooding’s Boston Woven Hose & Rubber Company started as a hose company but by the early 1960s, it was known as Gooding Rubber Company and had expanded its product offering to include conveyor belts.

By the early 1980s, the Pittsburgh-based Gooding Rubber Company could be found in both the Steel City as well as in Beckley, West Virginia. This decade also brought ownership changes to the business. In 1982 Ben Gooding Jr. sold the company to long-time employees Andy Lewis and Dave Goetz. Lewis focused on sales and vendor relationships while Goetz concentrated on operational and financial matters.

Together, they expanded the company’s services through more than a dozen acquisitions. The company was named one of Industrial Distribution’s Top 50 companies in 1992. This was the same year that the company changed its name to Lewis-Goetz. In 2007, the majority ownership in Lewis-Goetz was sold to Audax, a private equity investment firm. Then, in 2011, Lewis-Goetz was acquired by ERIKS, a 75-year-old Netherlands-based industrial service provider. This acquisition made Lewis-Goetz part of a global organization that consists of 450 branches in 27 countries. 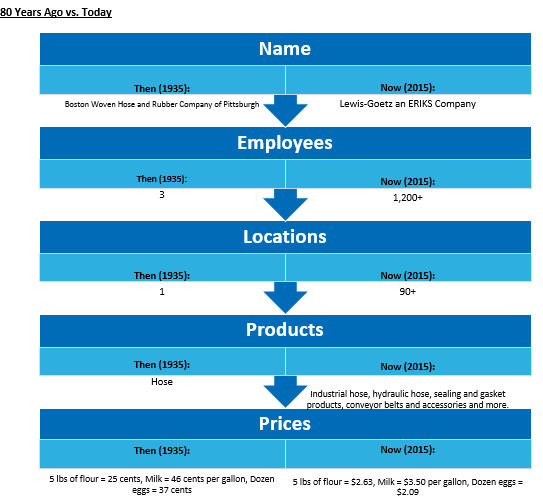 Lewis-Goetz and ERIKS North America headquarters are now located in Mt. Lebanon, a Pittsburgh suburb. The focus on growth through acquisitions and organic growth by providing superior customer service remains a core part of its DNA.

Visit the Lewis-Goetz company history page to learn more or click here to view photos and articles of Lewis-Goetz through the years. 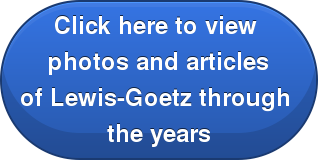